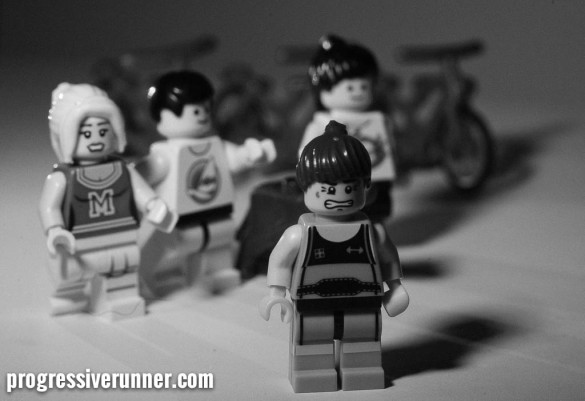 This is what happens when it’s after midnight, and I can’t find an appropriate stock photo. I break out the minifigs.

I was casually browsing around the web one day when I came across an article that talked about Highly Sensitive People or HSPs. I’d never heard of this label before, but after doing some reading, it was ridiculous how much of it applied to me.

I’ve always been really emotionally sensitive. I’ve always explained to people that I feel all emotions at a more intense level than other people seemed to, both the highs and the lows, and I’m empathic almost to a fault. In fact, I cried for like an hour after an episode of “Dexter” a few days ago. But the HSP trait also applies to physical sensitivity, like noises, busy and chaotic situations, and pain tolerance. In short, it’s really easy for HSPs to get overstimulated. I’ve never been one for crowds (I am so thankful for Amazon during the Christmas season…going to a mall in the month of December is just asking for panic attacks) and my mom can attest to my annoyance of noises, like ice being crunched on. In high school, I had to hide my wristwatch under a towel in my bathroom with the door closed just so I couldn’t hear it ticking as I was trying to fall asleep. And I basically shut down whenever my schedule gets too hectic (especially with stuff that involves groups or is unplanned).

While most HSPs are also introverts, they are not always. However, I am. Being around groups of people exhausts me. I was reading an article entitled 16 Habits of Highly Sensitive People on HuffPo and one of the traits was listed as, “They prefer to exercise solo.”

I thought about this.

In elementary school, I played softball for one season. Hated it. Every time we had to play kickball at recess, it was misery. The main reason? I felt like I wasn’t good and that I was going to let the team down. (HSPs tend to be people-pleasing types.) Most of the time in softball, I was stuck in the dugout, so I would clean it. I preferred this to actually playing the game, and, if you know me, you know that I don’t particularly enjoy cleaning. 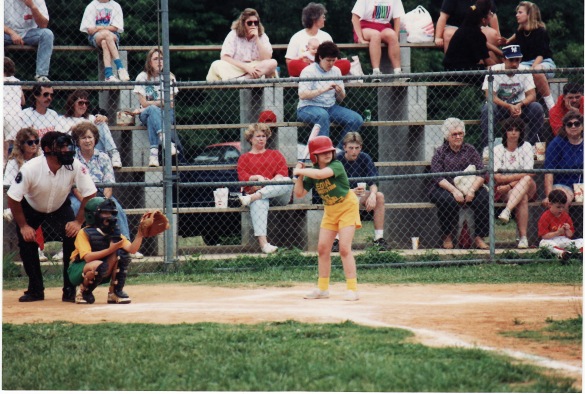 Proof that I did, in fact, play a team sport once. (Also, you can see my brother, grandmother, and mom in the bleachers and, boy, do they look thrilled.)

I always thought I was just not athletic. People, especially those closest to me, were very surprised when I started running. I had never showed any real interest in sports. But the reality? I just don’t like team sports.

Think of all the times I have mentioned that I was going to run with the group this week but something came up. Or my plans to go to a yoga class. (I bought a Groupon for 10 yoga classes in December, and I have yet to go to one despite the fact that it expires next Tuesday.) I always have some excuse to not go. In reality, I’m scared that I will do something wrong, and everyone will notice. Or I fear people having to wait on me and inconveniencing them. While it’s true that I don’t mind (and actually LIKE) running with close friends one-on-one, such as when I run with Amanda, I need to face the facts: I don’t always enjoy running with groups. And that’s okay.

There’s things about running that frustrate me as an HSP. I don’t like that I’m slow, but I really don’t like when people point it out. I don’t like criticism, especially when it’s something I already know. Honestly, I don’t know if I would have continued running if it weren’t for the great support of friends and family that constantly told me that it didn’t matter my speed. I know there’s some people who hate when people post about their workouts on Facebook like they are bragging, but, for me, it is so beneficial because sometimes I need to hear praise in order to keep going. I want to go to form clinics so I can become a more efficient runner, but I’m terrified that I’m doing everything wrong and don’t want people to tell me that. It’s very catch-22.

Still, it’s nice to have confirmation that, not only is there nothing wrong with not enjoying these things, many other people feel the same way. I’m not the only one. I can stop being apologetic about not running with the group every week. It’s okay to be sensitive, and that’s not something that is said a lot in today’s society. In fact, it’s an inherited personality trait.

Any other highly sensitive runners out there?